Georgia native Justin DeLoach is a 6-foot-1 specimen blessed with both power and acumen. Once a 154-pound prospect, he is now campaigning at welterweight, where this size and experience will be a factor. Read Bio 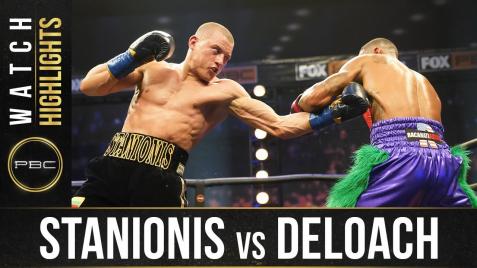 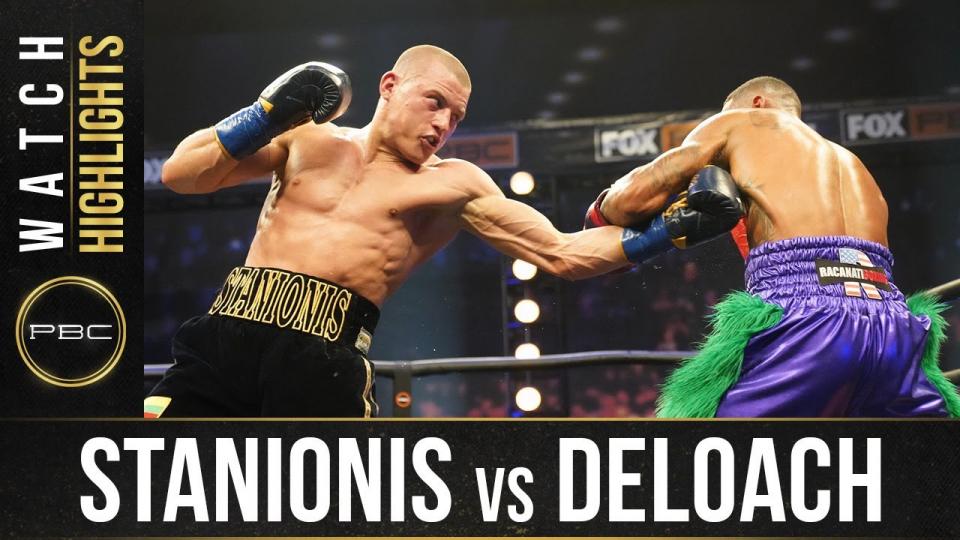 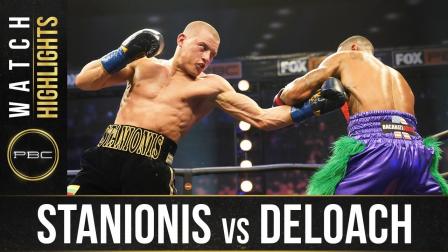 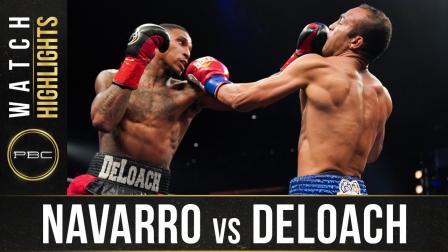 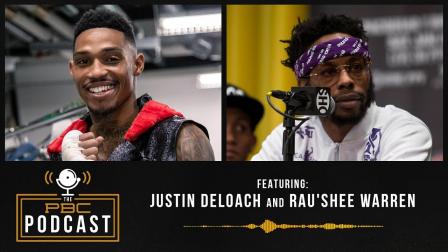 The unbeaten welterweight graduates from prospect to contender with a clinical performance in the main event Wednesday night on FS1 PBC Fight.

The two-time world welterweight champion looks as good as ever in dominant performance Saturday night on FOX PBC Fight Night.

This Week on The PBC Podcast: Rau'shee Warren & Justin DeLoach

It's a story of redemption on this week's podcast as Warren, the former world bantamweight champion, and welterweight contender DeLoach discuss their ring return.

Justin DeLoach “The Chosen One”

Georgia native Justin DeLoach is a 6-foot-1 specimen blessed with both power and acumen. Once a 154-pound prospect, he is now campaigning at welterweight, where this size and experience will be a factor.

‘The Chosen One’ Visualizes, Pursues Dreams

Justin DeLoach began his pugilistic career at the age of 8 under then-director Tom Moraetas at the Augusta Boxing Club. He earned a National Silver Gloves title as a 13-year-old, appeared in the 2012 USA Boxing National Championships and compiled an amateur record of 41-5.

Shields agreed to work with DeLoach after witnessing his skills at his Houston Texas-based, Plex Boxing Gym.

“When I was young, my mother used to rock me when I was a baby, so I’ve kind of gotten into this habit of rocking and visualizing my whole life, being a boxer, graduating from high school, purchasing my first car.  I’m a visual person with my own form of meditation,” said DeLoach, a graduate of Butler High who is nicknamed, “The Chosen One.”

“Growing up in some parts of Augusta, you have people who give up on their dreams, and that’s what kills everything and your motivation. When you’re in poverty, you don’t see outside of the ghetto. There are people from Augusta, Georgia, who haven’t been to Atlanta. They haven’t been on airplanes and haven’t seen the dream. It takes a strong individual to see outside of that.”

DeLoach turned pro as a 154-pounder on March 9, 2013 -- nearly a month after his 19th birthday -- with a third-round stoppage of Saul Fernandez representing his first of six wins during the year with four of them ending inside the distance.

DeLoach’s follow-up 2014 comprised two each in decision and TKO victores, the former being six- and four-round unanimous decisions over German Valdez (February) and LeShon Sims (April), and the latter, first- and fifth-round stoppages of Thomas Allen (August) and Joshua Snyder (October).

DeLoach was philosophical after suffering a third-stoppage on February 6, 2015, to Cesar Villa, who improved to 8-2 with his fourth stoppage victory.

“I know it sounds crazy, but…that loss ended up being a great thing for me. I learned a lot that night. As a young and upcoming fighter, I was training with the Charlo twins, Jermall and Jermell, and Edwin Rodriguez when I was with [trainer] Ronnie Shields,” said DeLoach.

“Just being around those guys, that put a lot of pressure on a young fighter. I was fighting m self and I was fighting my record. Everybody wants to be Floyd Mayweather Jr. But once I took my first loss, I realized that I can only be Justin DeLoach, and that’s why I’m writing my own story. That loss really shaped and molded me. I’ve returned to the old-school approach, back when champions took a loss and got right back into it. It’s not about the loss, but how you come back from it.”

DeLoach went 7-0 with three knockouts covering three each in 2015 and 2016 and another in 2017, a run that included triumphs over three undefeated fighters.

Cook entered at 16-0 with six knockouts, Castillo at 10-0 with nine, and Dolton, 17-0-1 with nine against DeLoach, who brought in 2017 with a loud bang on a crushing second-round KO of Chris Pearson (February). Pearson entered at 14-1 with 10 knockouts but was stopped for the first time in his career.

“I felt like what I did in 2016 and the start of this year with Chris Pearson, no other prospect has done that. I was the only young prospect who was fighting the lions,” said DeLoach, who was trained by left-handed former world champion Paul Williams against Cook, a bout that was a KO Of The Year Candidate.

“[The knockout of Cook] was a perfectly timed punch. Going against an undefeated fighter in his hometown, I knew that I had to rise to the occasion to make a stamp on the sport...I think I was the underdog in all those fights, so for me to come in and sweep those guys, I feel like I really made a statement and put the world on notice. I think that I proved that at times I’m on a different level.”

DeLoach has gone 1-3 in his past four bouts, beginning with two-knockdown, fifth-round stoppage loss to Nathaniel Gallimore, who improved to 19-1-1 with his 16th knockout on July 30, 2017.

“That was just a bad night for Justin DeLoach against Gallimore. I was training for a southpaw, Fernando Guerrero, but he pulled out of the fight like a week before it with an illness. When that happened, I should have pulled out,” said DeLoach.

“I underestimated Nathaniel. Plus, we had just had our baby, and there was some other negativity going on that contributed to my lack of focus. If you looked into my eyes that night, you could see that I wasn’t really there.”

Ten months later (May 2018) a DeLoach comeback attempt failed against Dominican Jeison Rosario, who twice floored him on the way to a 10-round unanimous decision victory that improved the winner’s mark to 15-1-1 with 11 knockouts.

Williams rose to 18-0 with 13 knockouts against DeLoach, whose March bout against 2016 Lithuanian Olympian Eimantas Stanionis (10-0, 7 KOs) was postponed because of the coronavirus pandemic.

DeLoach returned to welterweight on August 22, 2020, stopping previously-unbeaten Livan Navarro in one round. However, in November 2020, he suffered a ninth-round TKO loss to the aforementioned Stanionis.