A former world champ in kickboxing, Kazakhstan-born powder keg Sergey Lipinets is blasting through the opposition in the 140-pound division and is now on a verge of another world title at welterweight. Read Bio 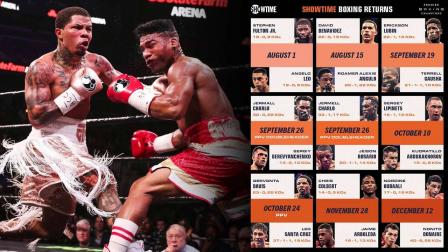 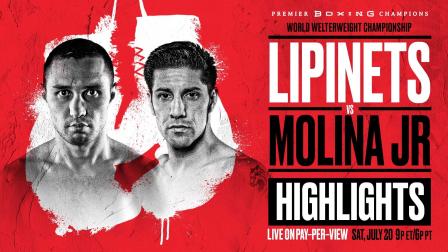 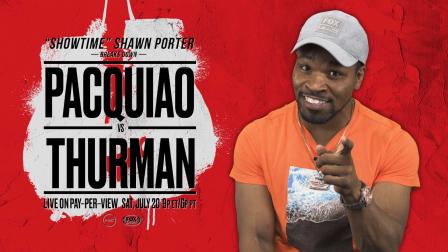 Hard-hitting Filipino welterweight to face former World Champ on the blockbuster Manny Pacquiao vs Keith Thurman card at the MGM Grand in Las Vegas and live on FOX Sports PPV.

Kazakhstan-born Sergey Lipinets is considered one of the hardest hitters in boxing, but under the tutelage of world class trainer Joe Goossen, Lipinets has transformed to an all-around excellent fighter, a point the former 140-pound world champion hopes to prove as he campaigns at welterweight in search of another belt.

Sergey Alkseevich Lipinets was born “in a very small town in Martuk, Kazakhstan.”

“Growing up in a large family of cousins and uncles, I was very aggressive and always getting into fights,” said Lipinets. “We fought over food. It went to whoever grabbed it first, so I had to fight for my existence.

“At the age of 12, my mother moved me from out there and into a little town not far from Moscow called Ozery [or Ozyory], Russia.”

Feeling displaced, Lipinets often found trouble in the streets and needed a means of safe release.

“When I came to Russia, to make sure that I wasn’t getting into trouble in the streets, a local kickboxing coach told me to come to the gym to relieve some of the pressure. That’s how it started. I spent most of my time in the gym.

“In kickboxing, my trainer was emphasizing handwork a lot and made me do a lot of things right. I can fight southpaw [and] I can fight orthodox, because I got used to switching back and forth in kickboxing.”

Nicknamed “The Samurai,” for his martial arts skills, Lipinets medaled in kickboxing competitions at the 2012 World Association of Kickboxing Organizations (W.A.K.O.) European Championships as well as the 2013 World Combat Games.

Current manager Alex Vaysfeld, who doubles as an interpreter for the fighter, became aware of Lipinets from one of his good friends, who happened to be Lipinets’ kickboxing trainer.

The trainer thought Lipinets had accomplished all he could in that sport and could become a bigger star in boxing. Lipinets’ amateur boxing career was brief: He posted a record of 35-5 highlighted by earning a silver medal in the 2008 Moscow Championships in Moscow.

“As a kickboxer, most of my knockouts were a result of using my hands, so the transition to boxing was more about the endurance and it was not that bad. We had two different coaches, one for boxing and one for kickboxing. I was competing in amateur boxing as well to get experience,” said Lipinets, who ate endless elbows and legs, the steady diet of punishment inherent in his past as a professional kickboxer.

“Those shots will either make you fall down or become real, real, real tough. There were some hurdles. I squared up too much and had to learn to create distance with my jab. We were able to eliminate that, and I’m the boxer you see, now. Two guys with different styles that I like are Mike Tyson and James Toney. I’ve met James Toney and I know him and I consider him a Top 10 fighter of all time. I think Roberto Duran would be a great fight, and I think I would win with a body shot.”

Lipinets won his first five professional bouts -- four by stoppage -- over the course of 2014.

“Sergey specifically asked me not to give him any shortcuts,” said Vaysfeld. “He wanted to fight on a top level, make money and become a champion of the world.”

As the competition improved over the next two years, so did the impressiveness of Lipinets’ victories.

Lipinets won his next two bouts at Barclays’ Center in Brooklyn, New York, in 2017, earning his fourth straight stoppage by seventh-round TKO of Clarence Booth (March) before earning a near-shutout unanimous decision over and the IBF’s vacant super lightweight crown against Japan’s Akihiro Kondo (November).

“The excitement in that arena was unbelievable. I love the New York and American boxing fans,” said Lipinets. “They were very passionate and reacted to every punch that was thrown or connected. They love boxing.”

After being floored in the seventh round and losing his next bout and his crown to then-unbeaten Mikey Garcia in March 2018, Lipinets rose into the 147-pound division where he overcame journeyman Erick Bone by majority decision in August of that year.

“My camps for both fights were good, but I was lacking in experience relative to those two fighters,” said Lipinets, who opted to transition from trainer Buddy McGirt to Joe Goossen following the victory over Bone.

“I never felt right in the ring with those guys, especially with Mikey Garcia. Stylistically, I could never match with Buddy McGirt, who wanted me to be slick and throw five or six punches a round without getting hit. Now, with Joe Goossen, I feel more comfortable.”

TOP OF THE FOOD CHAIN

Lipinets’ next triumph was a 2019 Fight Of The Year candidate as “The Samurai” turned in his finest performance to date, scoring a 10th-round stoppage of brave, hometown favorite and former two-time champion Lamont Peterson in March at the MGM National Harbor, in Oxon Hill, Maryland, near Peterson’s native Washington, D.C.

Lipinets followed up in July with a sensational second-round TKO of southpaw Jayar Inson, who entered at 18-1 with 12 knockouts and was stopped for the first time in his career. Inson was a late replacement for right-handed slugger and former title challenger John Molina.

“The fight with Bone was the turning point, and Lamont Peterson was my first with Goossen. We had a great camp with Joe Goossen, who encourages an aggressive coaching style while also being smart in the ring. There is a great inside game and I picked up on it really fast,” said Lipinets.

“When we got into the ring with Lamont, we came prepared. I learned more about myself in that fight than in all of my previous fights, and it felt natural. That carried over into the next fight with Inson, who was a last-minute replacement for John Molina and a southpaw with a completely different style. We got him out of there faster than anyone expected.”

“I want Keith Thurman, Terrence Crawford, Shawn Porter and whomever else is out there,” said Lipinets. “I want everyone at the top of the food chain to show that I’m underrated and to show that I truly belong.”