One of boxing's most exciting young fighters, David Benavidez made his pro debut at age 16 and became the youngest 168-pound World Champion in the sport's history. Read Bio 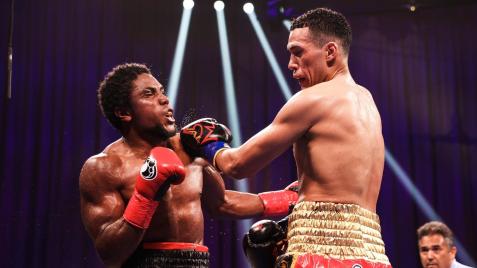 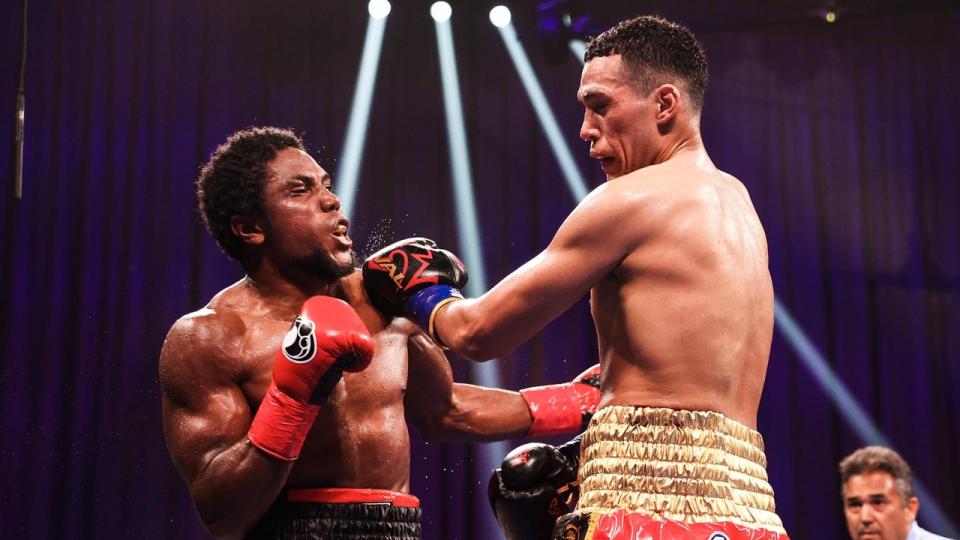 David Benavidez defeats Alexis Angulo by way of TKO, as his opponents corner asked to stop the fight at the close of the RD10. 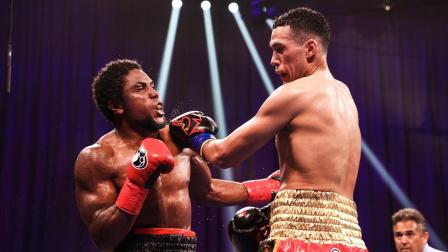 Benavidez vs Angulo HIGHLIGHTS click here to get video transcript 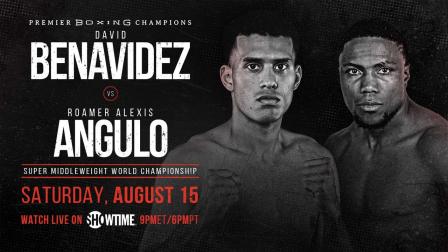 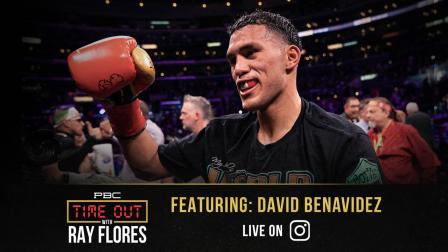 After making changes in his own life for the better, the undefeated World Super Middleweight Champion is prepared for everything as he returns to the ring versus slugger Roamer Alexis Angulo Saturday night on SHOWTIME.

Mexican-American David Benavidez was born in Phoenix, AZ, to parents Jose (Father) and Michelle.  He is the younger brother of welterweight contender Jose Benavidez Jr. and older brother of sisters Isabella and Daisy.

Sacrifice and dedication…two elements of boxing that David “El Bandera Roja” Benavidez knows all too well.  While most two and three year olds toiled at playgrounds, David was learning how to throw jabs, with his older brother Jose.  While his ten and eleven-year-old friends spent hours defeating video game foes, David honed his skills as a young boxer, defeating different types of rivals in the ring.

At fifteen years of age, while his classmates were pursuing girls and parties, David was traveling the country, sparring with the likes of Gennady “GGG” Golovkin, Kelly Pavlik, Peter “Kid Chocolate” Quillin, Lateef “Power” Kayode and other world class fighters.

David held his own with these fighters, and when he turned sixteen, a decision was to be made - continue to fight as an amateur or make his professional debut in Mexico.  Finding fights in the amateur ranks had been a struggle.  Standing over 6’ tall at 15 years of age, it was difficult to find opponents that were able and, moreover, willing to step into the ring with the gifted boxer.

He watched as his brother, Jose Benavidez, Jr. fought as a professional, garnering the attention of media outlets worldwide, and building a following of loyal fans.  These fans bought tickets to see David compete as an amateur on the Celebrity Theatre stage in Phoenix, just by virtue of his being Junior’s brother.

Ready to come into his own, sixteen year-old David and his father, Jose Benavidez, Sr. made a decision.  David would make his professional debut in Rocky Point, Mexico, in August of 2013.  It was a short bout, with David making quick work of his opponent, and scoring a first round knockout.

His second professional bout, this time in Tijuana, would have the same result. In 2015 David signed with Sampson Boxing, and continued his winning streak, improving his record to 15-0. 2015 and 2016 saw Benavidez rise up the rankings with five knockout victories, including triumphs over then unbeaten Francy Ntetu and veteran contenders Rogelio Medina and Denis Douglin.

On September 8, 2017, Benavidez became the youngest super middleweight champion in history at 20-years-old by defeating Ronald Gavril via split-decision. Benavidez survived a final round knockdown, getting back on his feet to finish off a fight that garnered Fight of the Year recognition.

The knockdown earned Gavril a rematch with Benavidez, but Benavidez took care of business and won a wide unanimous decision to retain his title. Later that year, Benavidez tested positive for benzoylecgonine, and was given a six-month suspension and named champion in recess by the WBC.

Benavidez made his return to the ring in March of 2019, competing as the co-main event on the Errol Spence Jr. vs. Mikey Garcia FOX Sports PBC Pay-Per-View from AT&T Stadium in Arlington, Texas. He made quick work of J'Leon Love, knocking him out in two rounds.

The win set up a showdown versus veteran Anthony Dirrell, who had won the WBC 168-pound title in Benavidez's absence.

Benavidez slowly broke down Dirrell, opening a bad cut over his eye with a right hand in the sixth, and putting him away with a series of combinations in the ninth. Official time was 1:39.

Afterward, the new champion sank to his knees in jubilation.

"There are so many emotions coming at me at once,” said Benavidez. “We put so much hard work into this training camp. We left home and were away from everything. But I had the dream to become the youngest two-time super middleweight world champion and I made my dreams come true.”

Benavidez was to make the first defense of his title versus hard-hitting Roamer Alexis Angulo on Saturday, August 15, in the main event of a PBC on SHOWTIME Championship Boxing card at Mohegan Sun in Uncasville, Connecticut.

However, Benavidez failed to make the 168-pound limit, coming in at 170.8 pounds which forced him to relinquish his title. It didn't, however, stop him from dominating Angulo, putting on offensive display that ended when Angulo's corner mercifully halted the action after the 10th round.

“It was a mistake on my part,” Benavidez said of missing weight. “A lot of people can say what they want. I’m in the gym every day. Just because this was my first time missing weight in eight years as a professional, it’s not like I missed weight hundreds of times.

“I’m extremely dedicated. I work as hard as anybody else. It’s the first time I missed weight. I got fined a lot of money. I lost the title. My job was to still win the fight. I still had a good fighter in front of me. I’ll have another opportunity at a belt sometime in the future.

“My main objective was to win the fight.”