David Benavidez defeats Alexis Angulo by way of TKO, as Angulo's corner asked to stop the fight at the close of the RD10. Benavidez remains undefeated (23-0, 20 KOs) and looks forward to fighting for his WBC belt in the future. 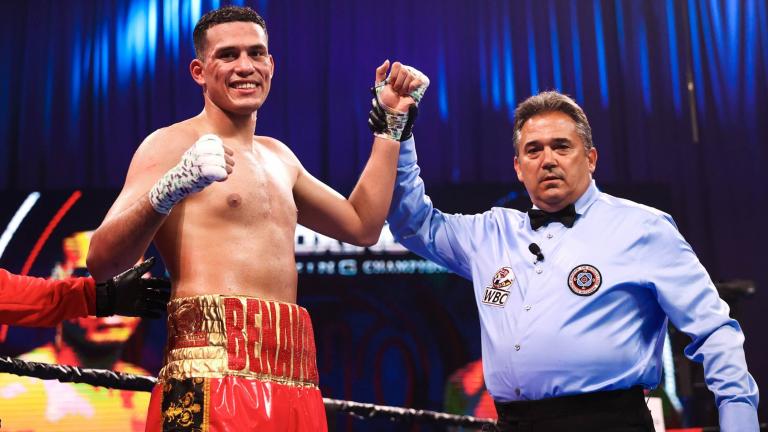 UNCASVILLE, Conn. – David Benavidez kept his unbeaten record intact after 23 fights with a dominating performance against Alexis Angulo in the main event of an exciting night of boxing live on SHOWTIME Saturday night from Mohegan Sun Arena in Uncasville, Conn., presented by Premier Boxing Champions. In the SHOWTIME CHAMPIONSHIP BOXING® tripleheader card, the 23-year-old Benavídez (23-0, 20 KOs) – who lost his WBC world title belt on the scale on Friday – scored a stoppage victory against the former world title challenger Angulo (26-2, 22 KOs), whose corner threw in the towel after the 10th round.

A seven-year pro at the age of 23, Benavidez landed 56 percent of his power punches in the fight and averaged 29 of 70 punches thrown per round. Benavidez closed the show by landing a career high 54 punches in round 10. Colombia’s Angulo, now fighting out of Miami, Fla., entered his second world title opportunity riding a three-fight winning streak, but was unable to come counter anything Benavidez threw at him. Benavidez said he was disappointed and embarrassed by not making the 168-pound weight limit on Friday.