Possessing both solid boxing skills and knockout power, Maryland native Jarrett Hurd is already one of the biggest names in the sport. Now he is on a mission to regain his 154-pound world titles. Read Bio 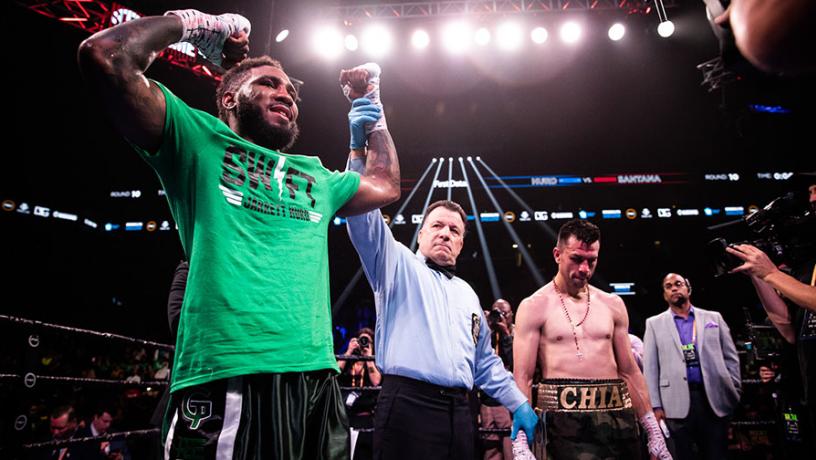 Former Unified Super Welterweight World Champ Jarrett Hurd bounced back from his first loss—defeating Francisco "Chia" Santana by UD on the PBC on SHOWTIME card at Barclays Center in Brooklyn. 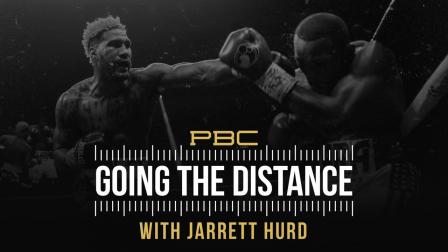 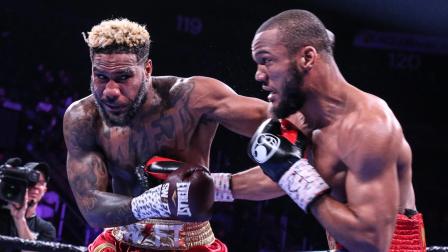 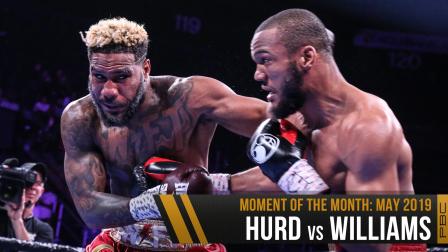 May Moment Of The Month: Hurd vs Williams click here to get video transcript

What We Learned: Garcia vs. Redkach

A look at key takeaways from Saturday night's PBC triple-header on SHOWTIME.

Jarrett Hurd Plans to be The Last Man Standing

The former unified world super welterweight champion is out to prove he is still the man at 154, beginning with a return bout versus Francisco Santana Saturday night on SHOWTIME.

Possessing both solid boxing skills and knockout power, Maryland native Jarrett Hurd is already one of the biggest names in the sport. Now he is on a mission to regain his 154-pound world titles.

A native of Accokeek, Maryland, “Swift” Jarrett Hurd first entered a boxing gym as a 15-year-old, a relatively late start for most boxers who turn professional. Hurd did so at the urging of his father, Fred Sr., but his dedication to pugilism was lukewarm as he intermittently engaged in amateur tournaments under then-coach Tom Browner.

After graduating from Gwynn Park High in Brandywine, Maryland, Hurd left the sport for good (or so he thought), in pursuit of becoming a firefighter at a junior college while splitting time as a Safeway employee. But Browner’s death in 2010 inspired Hurd to return to boxing.

Hurd’s parents, including his mother, Brenda, promised to financially support his early career. Their son’s ascent to becoming a 154-pound world champion has been as “Swift” as his nickname implies.

Hurd debuted in September 2012 within an hour of his hometown, registering a 90-second TKO of Mike Arnold at The Convention Center in Washington, D.C.

Arnold was among Hurd’s nine stoppage victories within his initial 15 bouts, including four- and six-round unanimous decisions over previously unbeaten fighters Thomas Baldwin (March) and Frank Gedeon (October) during a seven-fight 2013.

Hurd’s run began in April 2015 with a third-round TKO of Eric Mitchell and included a sixth-round TKO of former title challenger Jo Jo Dan in November 2016. There were also Hurd’s successive stoppages of previously unbeatens Jeff Lentz and Frank Galarza in the seventh and sixth rounds in August and November 2015 as well as one in the 10th over Oscar Molina in June 2016.

Armed with a 76 ½-inch reach, the 6-foot-1 Hurd stopped seven straight opponents to improve to 21-0 with 15 KOs. In February 2017, he won the IBF World Super Welterweight Title with a ninth-round TKO over future WBC champion Tony Harrison.

Hurd followed that up with a brilliant performance against Austin Trout in October 2017, stopping the former world champion in the 10th round of a war.

Hurd fought at Barclays Center in Brooklyn, New York, for both wins over Harrison and Trout, who was stopped for the first time in his career.

On April 7, 2018, the 27-year-old Hurd took on WBA World Super Welterweight Champion Erislandy Lara in a highly-anticipated unification bout at the Hard Rock Hotel & Casino in Las Vegas. What transpired was a modern-day classic; a back and forth battle that was named the Fight of the Year by many publications.

Cuban southpaw Lara, also the 154-pound division’s longest-reigning champion, jumped out to an early lead, using his jab and sublime skills to keep Hurd at bay.

But “Swift” kept coming. He took over down the stretch, punishing Lara to the body and wearing him down. The fight was still up for grabs heading into the 12th and final round. Hurd sealed the deal by dropping Lara with a short left hook midway through the frame. It was enough to earn him the split decision win to become the unified WBA and IBF world champion.

A surgical procedure on the shoulder kept Hurd out of the ring until December 1, 2018. He proved he was still in top form, stopping England’s Jason Welborn with a single body shot in the fourth round at the Staples Center in Los Angeles.

A SETBACK LEADS TO CHANGE

Not one for a soft touch, Hurd took on dangerous former world title challenger Julian “J-Rock” Williams on Saturday, May 11, 2019, at the EagleBank Arena in Fairfax, Virginia. It was Hurd’s first bout near his hometown since winning a world title.

True to form, Hurd delivered another Fight of the Year candidate. However, Williams also turned in a career-best performance, dropping the champion once in the second and outboxing and outbrawling him the rest of the way to becoming the new unified titlist, winning by two scores of 115-112 and one of 116-111.

"He is a lot sharper than I expected,” Hurd said. “I knew he had great inside game. It was a little better than I expected. He landed some great shots inside. I thought the close fight was going to benefit me, but it went to both sides.”

Hurd initially wanted an immediate rematch with Williams. But when he switched trainers, from Ernesto Rodriguez to US Olympic coach Kay Koroma, the former champ decided more work was needed to hone his craft before stepping in against the elite.

On Saturday, January 25, Hurd returned to the ring versus veteran Francisco Santana at Brooklyn’s Barclays Center. Except, this wasn’t the Hurd who engaged in a toe-to-toe brawl at first opportunity. This Hurd used his long jab to keep Santana at bay. When Santana did manage to get inside, Hurd deftly rolled and slipped the oncoming, while countering with shots of his own.

The old Hurd briefly resurfaced in the 10th and final round as he sought to close the show. A beautiful right uppercut floored Santana, who somehow managed to rise. It put an exclamation point on Hurd’s one-sided unanimous decision win. Final scores were 99-90, 99-90 and 97-92.