Porter (31-3-1, 17 KOs) began to impose his renowned all-action style from the outset, as Formella (22-1, 10 KOs) looked to use the ring and his jab to slow the ongoing attack. Porter's arsenal was more varied and effective as the fight went on, adding in increased body attacks and thudding left hooks and uppercuts to punctuate his numerous combinations.

Formella continued to stand tall against Porter through the middle rounds, throwing return fire and landing scoring punches, even as Porter pressed forward and used his strength advantage.

In addition to out-landing Formella by a count of 304 to 148 throughout the fight according to CompuBox, Porter had a significant advantage in body punches landed, connecting on 89 to Formella's six. Porter's 304 punches landed was the most he's connected on in a fight, surpassing the total he accrued in his 2016 clash against Keith Thurman.

Porter continued his dominating work through the final round as Formella showed impressive durability in going the full 12 rounds in his U.S. debut. All three judges scored the bout the same way in favor of Porter, by the score of 120-108 three times.

Porter's victory puts him in position for a showdown with the winner of the upcoming Errol Spence Jr. vs. Danny Garcia FOX Sports PBC Pay-Per-View matchup in November. In his post-fight interview with FOX Sports' Jordan Hardy, Porter delivered a succinct message for his potential next opponent. 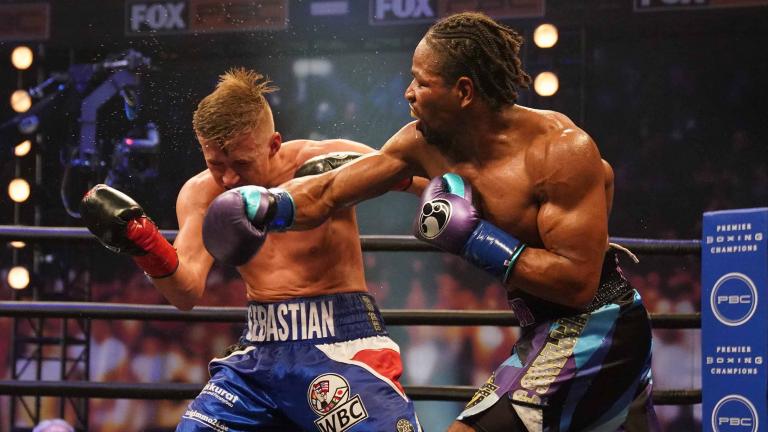 The two-time world welterweight champion looks as good as ever in dominant performance Saturday night on FOX PBC Fight Night.

Porter vs. Formella: Grit and Grind on the Road to Gold

The welterweights are back as two-time world champion Shawn Porter faces the undefeated Sebastian Formella in a 147-pound showdown on FOX PBC Fight Night.

Five Fights That Made Shawn Porter a Star

The two-time world welterweight champion recounts some of his most memorable moments as he prepares to face Sebastian Formella in a 147-pound world title eliminator Saturday night on FOX.