Undefeated super welterweight Cody Crowley is out to put Canada on the map and take the U.S. by storm as he closes in on a world title shot. Read Bio 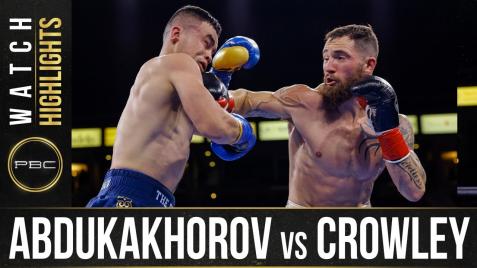 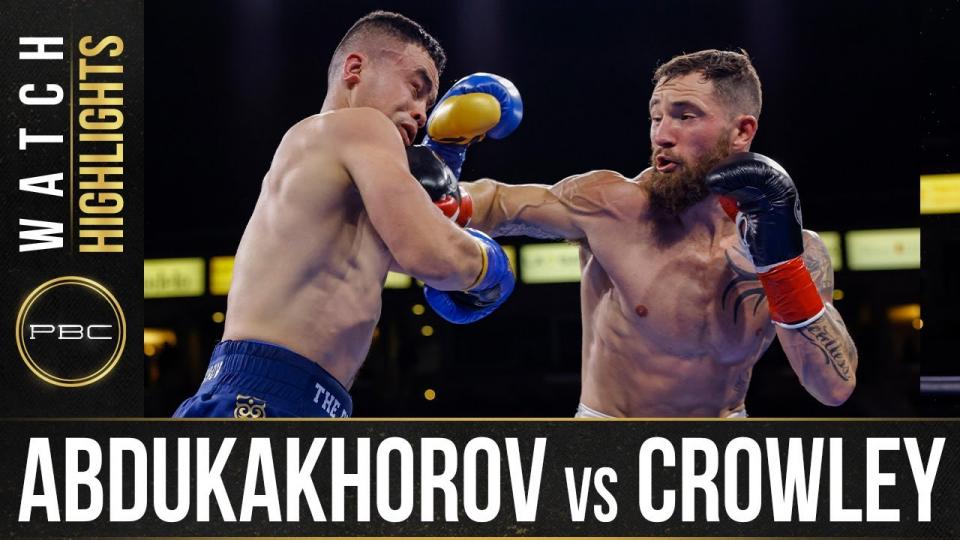 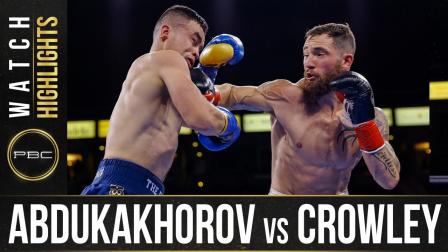 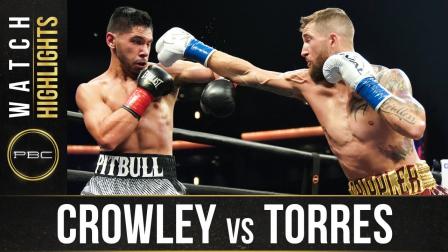 The boxing legend successfully defends his WBC World Bantamweight Championship with another impressive KO Saturday night on PBC on SHOWTIME.

Undefeated super welterweight Cody Crowley is out to put Canada on the map and take the U.S. by storm as he closes in on a world title shot.

Fighting Fat With His Fists

Canadian-born Cody Crowley was once a bullied, overweight youth swimmer and hockey player. As a teenager, the Peterborough, Ontario native lost his first amateur kickboxing bout to a girl.

“My Dad, Jim, always put me into sports, but I started to get fat and had no self-esteem. By fifth grade or so I’d go swimming at my friends’ house and wouldn’t wanna take my shirt off,” said Crowley.

“Being scared sh**less playing hockey, I’d shoot the puck away, not wanting any attention on me. Feeling I needed to toughen up, lose some weight and be a man, my Dad signed me up for kickboxing. I lost weight and gained confidence, but I lost my first kickboxing fight as a 14-year-old to a female. The bell rang and she was kicking me across the face, like, ‘Boom, boom, boom, boom!’ I was pretty much pissing my pants.”

Crowley transitioned into boxing as a 15-year-old, channeling his “resentment toward myself” into the pummeling of adversaries.

“I pretty much trained myself as an amateur until the age of 19, going crazy when the bell rang, releasing the anger, flipping the switch and becoming this absolute badass who out-worked everybody,” said Crowley, a southpaw who “probably lost 20-or-25 out of 60-some” amateur bouts.

“I won a couple of provincial championships, got on Team Ontario and went to the nationals where I won two bronze and one silver medal before winning a gold medal to earn a place on Team Canada. My gold medal match was on TSN back home and got a lot of attention. I also won a bronze in an international tournament.”

A 16-year-old Crowley met Dana White during a trip to Las Vegas at The World MMA Awards “after sneaking into the arena.”

“The Ultimate Fighter TV show was just jumping off back then,” said Crowley. “I went up to him and was like, ‘Let’s do some amateur shows for us little kids and put me on the show.’ He just laughed and told me, ‘Come back to me in 10 years, kid.’”

Crowley returned to Las Vegas as an 18-year-old.

“I booked a one-way flight the day after graduating from high school to put myself around the best possible environment, resources and sparring to be successful, but I got my face beaten in for about six months,” said Crowley, who had given himself the nickname, “The Crippler.”

“After a lot of time crying on the phone to my parents, I came home, quit boxing and spiraled into depression for a year or two. People at the downtown bars were like, ‘Why are you here next to me shot-gunning beers?’  I was embarrassed and ashamed.”

The third time was the charm for a 21-year-old Crowley, who refused to give up on his dream, returned to Las Vegas and met trainer Ibn Cason, younger brother of former heavyweight champion Hasim Rahman.

“I showed up on the doorstep, entered his gym and outworked everyone into the night,”said Crowley, whose work ethic impressed Cason. “Ibn said, ‘Maybe I can do something with him.’ Five years later, I’ve never been with any other coach.”

Sparring sessions with Floyd “Money” Mayweather, who was preparing for his May 2015 triumph over Manny Pacquiao, preceded Crowley’s next three wins in 2015 comprising a four-round unanimous decision over Arnoldo Poblete (June) and consecutive first-round TKOs of Alan Beeman (September) and Kevin Mario Cooper (December).

“I was sparring Floyd Mayweather, had the best in the world beating on me and made the decision not to quit,” said Crowley, whose weights ranged from 147 ½ to 159 pounds over his initial 10 bouts. “After 12 rounds, Floyd tapped my glove and said, ‘That’s it, good job.’ We’ve probably boxed 150 rounds since then, the last time being for his knockout of Conor McGregor.”

Crowley went 6-0 (4 KOs) over three wins each in 2017 and 2018, the former sandwiching a shutout 10-round unanimous decision over Edgar Ortega (May) between third- and sixth-round TKOs over Juan Carlos Cano (February) and Richard Holmes (September).

The following year began with an equally dominant 10-round unanimous decision over Kevin Higson (May) followed by second- and sixth-round knockouts of Michi Munoz (July) and Juan de Jesus Angulo Gonzalez (November).

Fighting under his own promotional umbrella, Crowley faced Ortega, Holmes and Higson before sold-out crowds at the Memorial Centre in his hometown of Peterborough, with Higson entering at 14-1.

Crowley once again thrilled his partisan fans in 2019 at Memorial Centre with his past two victories via 12- and 10-round unanimous decisions over Stuart McLellan (February) and Mian Hussain (October). McLellan entered at 25-2-3 (10 KOs) with a 13-bout winning streak that included seven stoppages, and the southpaw Hussain at 16-1 (6 KOs).

Crowley reunited with Dana White before facing Hussain and reminded him of their initial meeting.

“I once tried to tell you I’m the toughest sonofabitch you’ll ever meet,” said Crowley to White. “You laughed at me with that big smile of yours. Now I’m taking over the fight game in Canada.”

Managed by Steve Nelson, “The Crippler” returns on September 6 at the Microsoft Theater in Los Angeles opposite New Mexico’s Josh Torres (22-6-2, 13 KOs), a 30-year-old winner of seven straight including six via stoppage who is coming off November’s first-round KO of Juan Jesus Rivera Garces.

“This one’s at 147 pounds against a guy who comes straight forward with a tight defense and who hasn’t been stopped, but he’s never been in with someone who can apply the type of pressure I do from the opening bell until you can’t breathe,” said Crowley.

“I’d like to go after the title that Jamal James won, then maybe the winner of Errol Spence and Danny Garcia, Shawn Porter or Yordenis Ugas. Within the end of this year or the first quarter of next year I’d like a shot at a world title.”

Crowley's next bout was a warning shot to the other elite welterweights. On December 11, 2021, he took on unbeaten top contender Kudratillo Abdukakhorov. The feared Abdukakhorov scored a knockdown in the second round, but when Crowley got up, he took over. The Canadian slowly wore Abdukakhorov down and by fight's end, was battering him. Crowley won a 10-round unanimous decision by scores of 98-91, 97-92 and and 95-94.

“I rate my performance a B tonight," said Crowley. "He was a tough competitor, the former IBF No. 1 contender. I was going in the underdog so I knew I was going to have to bring the fight to him the whole time.