Cody Crowley retains his unblemished record, defeating Josesito Lopez by unanimous decision in their 10-round welterweight bout, live on SHOWTIME.

Canada’s Cody Crowley remained undefeated with a tough, punishing unanimous decision victory against veteran contender Josesito López in a 10-round contest of all-action welterweights that kicked off the PPV telecast. The scores were 98-91, 98-91, 99-90 for Crowley.

Crowley (21-0, 9 KOs) sent Lopez to the canvas with a cuffing right hand that seemed to graze the back of Lopez’s head and was deemed a knockdown by the referee. Though Lopez (38-9, 21 KOs) wasn’t hurt in that sequence, he was wobbled throughout by heavy shots, his left eye nearly shut, and his legs unsteady in the later rounds.

Still, as he has done against Canelo Alvarez, Marcos Maidana, Andre Berto and Victor Ortiz, the “Riverside Rocky” soldiered on, refusing to let his corner stop the fight even though he was offering little resistance. Crowley, who, according to CompuBox landed 41% of his power punches and 53 of 440 jabs, was back in action following a sterling SHOWTIME debut in December 2021 when he topped previously unbeaten Kudratillo Abdukakhorov by unanimous decision. 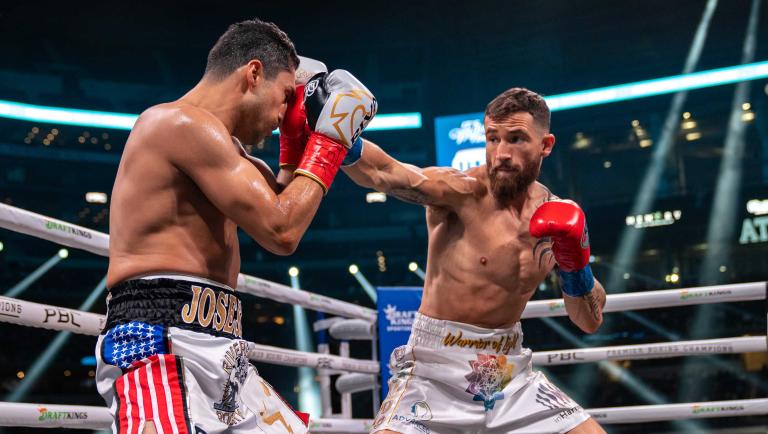