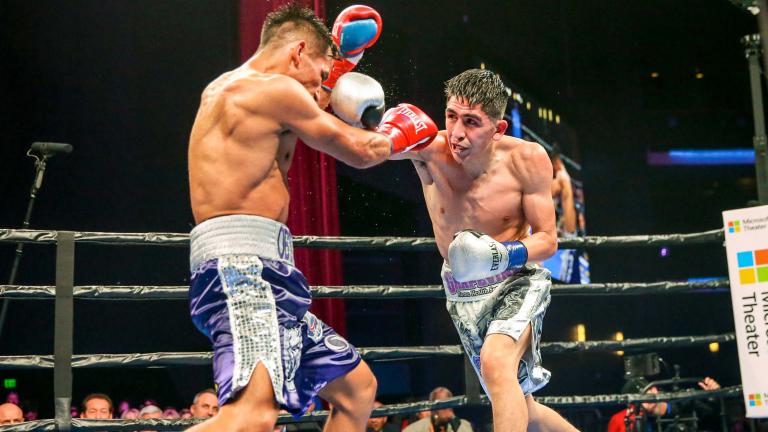 Santa Cruz breaks through Rivera's guard with a hard right.

WBA world featherweight champion Leo Santa Cruz threw more punches on Saturday night than all but once in his 13-year career, putting on a boxing clinic for his hometown fans as he defeated Mexican Rafael “Big Bang” Rivera via lopsided unanimous decision.

Santa Cruz came out targeting Rivera's body and landed some vicious shots, but between the relentless body work and some hard right uppercuts that landed solidly to Rivera's head, the champion was unable to put the challenger away.