Abner Mares got off to a blazing start only to get burned in the end, dropping a majority decision to Leo Santa Cruz at Staples Center.

Santa Cruz began to use to his length and fight from the outside, pulling away in the fight en route to winning a majority decision by scores of 117-111 (twice) and 114-114. 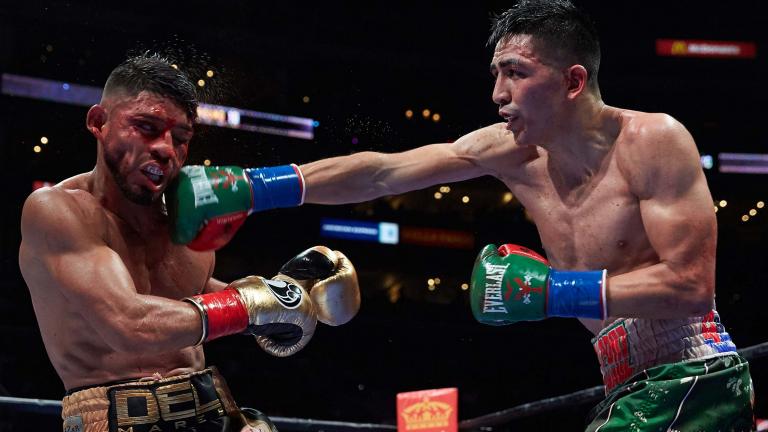 After a tough fight, Santa Cruz gained a majority decision by scores of 117-111 (twice) and 114-114. (Suzanne Teresa / Premier Boxing Champions)

This week in boxing history, PBC goes back more than 100 years to celebrate the first world heavyweight championship fight under modern rules, honor one of the sport’s greatest rivalries and highlight the longest bout of the 20th century, in addition to remembering a brutal middleweight war and a thrilling featherweight title showdown.

Presenting the 12 Rounds of Christmas: Round 2 (Leo Santa Cruz vs Abner Mares)

In the run up to their 126-pound “Battle of Los Angeles” on August 29, Leo Santa Cruz and Abner Mares independently promised fireworks from the opening bell. But it’s difficult to believe either fighter thought they’d make good on that promise in the manner in which they did.

Despite big payday, Leo Santa Cruz has no intention of living the life of luxury

Leo Santa Cruz is shaking us awake from our caviar dreams.