After their August 2021 matchup ended in a no-contest due to a head butt in round one, the rematch was again called after a head butt, with this one occurring in round nine. 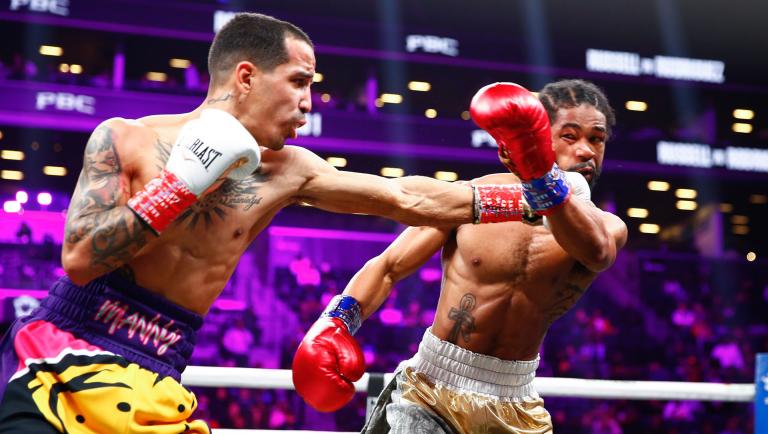 Rodriguez suffered the worst of the clash, but was able to rise to his feet and finish the round, before the fight was stopped by the ringside physician as round 10 began. Puerto Rico’s Rodriguez emerged victorious on the cards by scores of 100-90, 99-91and 97-93.

"I'm going to get a little rest now, then I want to come back and fight for the world title,” said Rodriguez post-fight.

“He was the better fighter today,” said Russell. “I felt like he outpointed me. I thought I started to pick it up after the fifth round but it wasn’t enough.”

Russell brought an unbeaten record into the contest, and was looking for a signature victory to launch himself into title contention. However he was met with a stiff defense early, as Rodriguez found spots for powerful counter shots that staggered Russell in rounds one and four.

Rodriguez remained patient and nearly scored a knockout blow in round eight, landing a perfect straight counter right hand that put Russell on the mat. Rodriguez controlled the action throughout, out landing his opponent 120 to 73 overall, and 78 to 41 in power punches on his way to the win.
“If you get knocked down with a good shot, you obviously feel it,” said Russell. “People like to lie about that. But I was conscious and able to regain myself. It was the first time I was ever hurt in a fight, but I was prepared for it.”

"I knew that I was dominating the fight,” said Rodriguez. “When I knocked him down, I thought his corner should have stopped the fight. He wasn't right at that moment.”