"This win felt good,” said Plant. “You've heard about how much he hates me, but my head and my heart is what won me this fight. I was in control the whole time. My coach told me to stay patient and ease in and that's what we did. Then, boom!” 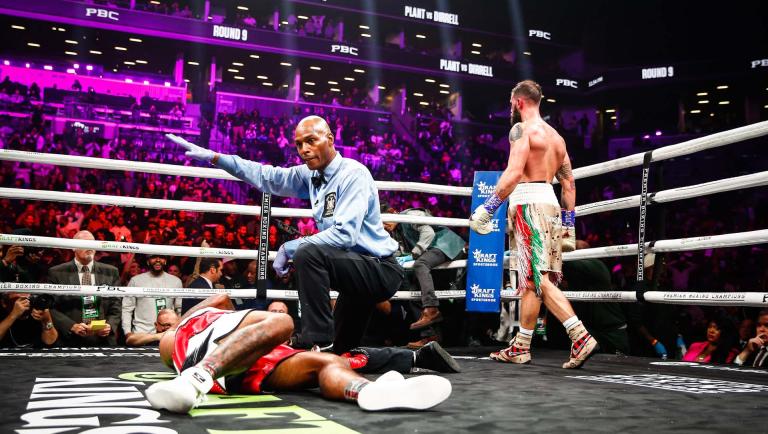 After a long war of words between the two rivals leading up to the fight, the contest was a tactical affair throughout, until Plant landed a flush left hook that emphatically put an end to their in-ring rivalry. Plant led on the scorecards 80-72 and 79-73 twice before referee Harvey Dock waived off the bout 2:57 into the round.

In his first fight with trainer Stephen “Breadman” Edwards, Plant continued to display the pristine boxing skills that have buoyed his run in the super middleweight division. He dominated the punch stats, landing 43% of his total punches, including a 43% clip on power punches.

Plant made his return to the ring after dropping an undisputed super middleweight title fight to Canelo Alvarez last November. With a statement victory on Saturday, Plant has set his sights on regaining his champion status and making marquee fights sooner than later.

"I'm ready for whatever comes next,” said Plant. “I'm going to spend some time with my family, but then I'm ready for the biggest fights that we can make."