Five Fighters On The Rise For 2022

A look at five fighters on the rise who could catapult to the top of the sport in 2022.

Everyone likes to speculate. Especially when it comes to forecasting the future of fighters. Last year proved to be a good one for the sport, despite of the COVID-19 pandemic. For five fighters, 2021 proved to be an especially good year. At the nascent stage of 2022, this year might be even better. In alphabetical order, here is a look at five fighters who appeared on Premier Boxing Champions shows in 2021 that could break out for larger things in 2022. 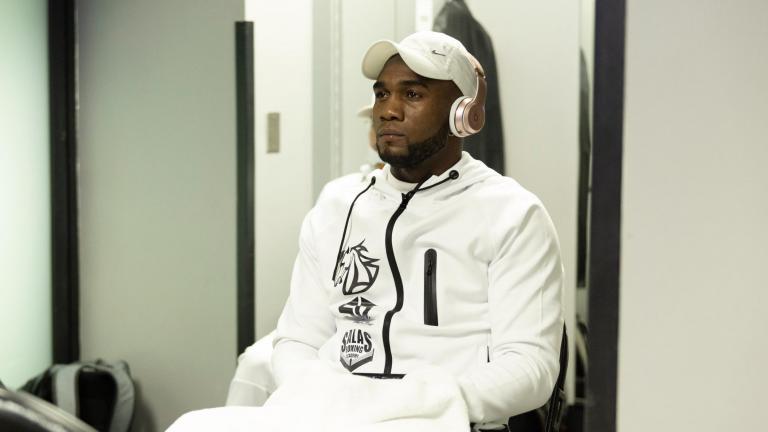 Carlos Adames helped himself considerably with three victories in 2021, topping it off in December in a star-turning way with a  majority decision over rugged middleweight title contender Sergiy Derevyanchenko, who battled Danny Jacobs, Gennadiy Golovkin and Jermall Charlo for the 160-pound title in close contests. Adding a reputable name like Derevyanchenko on his resume was a career-defining win for the fighter originally from the Dominican Republic. What helped was being widely seen on the undercard of the Gervonta “Tank” Davis vs. Isaac “Pit Bull” Cruz title fight.

Adames is closing in a title shot versus Charlo and Golovkin and has other viable opponents out there. It just depends on where Adames would like to go. He’s rated in every respected organization as a 154-pounder, where there are options like former WBC super welterweight champ Tony Harrison, or he could stay at middleweight.

Ennis has become “the bogeyman” at 147—too risky for the elite welterweights and too good for the bottom top-10 portion of the division. Even  so, he is rated highly by all the sanctioning bodies. We could see him in a world title eliminator in 2022 or against the bigger names in the division, such as unified welterweight king Errol Spence Jr., the aforementioned Ugas or perhaps a shot at the winner of the Keith Thurman vs. Mario Barrios bout set for Saturday, February 5th on FOX Sports pay-per-view (9 p.m. ET/6 p.m. PT).

Stephen Fulton has been here before and is easily the most accomplished fighter on this list. "Cool Boy Steph" is coming off the most successful year of his professional career, overcoming COVID in the latter stages of 2020 to beat Angelo Leo for the WBO super bantamweight title in January 2021. He closed the year with the biggest victory of his career—and one of the best fights of the 2021—winning the WBC belt with a thrilling majority decision over Brandon Figueroa in November.

For the first time in a long time, Fulton’s hands are healthy. He says he learned a valuable lesson in the Figueroa victory and that’s to use his boxing skills more. Stephen Espinoza, SHOWTIME’s President of Sports & Event Programming, has big plans for Fulton in 2022. First and foremost is a unifying fight between him and IBF and WBA world super bantamweight champion Murodjon Akhmadaliev, if possible. To be unified champion has been a dream of Fulton’s ever since he began boxing. A rematch versus Figueroa is also enticing and mouth-watering matchups versus Danny Roman and Ra’eese Aleem are all on the table for 2022.

Better known as the “Cuban Flash,” Frank Sanchez could not have asked for a better 2021. He began the year stopping Nagy Aguilera, a veteran trial horse who once went the distance with both Gerald Washington and Dominic Breazeale. He ended the year with an emphatic and impressive 10-round unanimous decision over previously undefeated Efe Ajagba in October 2021.

Sanchez has now entered the top-10 rankings of most respected outlets, and 2022 looks even better. Working under renowned trainer Eddy Reynoso in San Diego, California, Sanchez has numerous options to look towards, including an all-Cuban war against the Luis “King Kong” Ortiz or perhaps Otto Wallin, Robert Helenius and other heavyweight contenders. Sanchez is ready to take that step. The looming question is: Would any of those contending heavyweights be willing to risk their status against someone as dangerous as him?

Joey Spencer is moving the way he should. He fought three times in 2021 against fighters with a combined record of 39-9-1 before he fought them—and this coming with a broken right hand he recovered from between his fights with Isiah Seldon in January and James Martin in July. Martin was the same fighter who upset Vito Mielnicki Jr. in April 2021 by majority decision. Spencer handled Martin by eight-round unanimous decision and closed the year by stopping tough Limberth Ponce for the first time in his career in the fifth round on Christmas Day.

Spencer has the looks, the talent, and the commitment to one day to be a champion. All that’s missing is experience. That comes with time, and Spencer has plenty of it. He’s 14-0 and it gets lost that Spencer will turn just 22 on March 24. Expect more challenges like Ponce to fill his 2022 fight docket.

Gervonta Davis vs. Hector Luis Garcia: Bang For Your Buck

The undefeated Fundora has set his sights on 154-pound king Jermell Charlo after retaining his Interim WBC World Super Welterweight Title with a hard-fought 12-round unanimous decision over Carlos Ocampo Saturday night on SHOWTIME.

Carlos Adames: This is A Golden Era For Dominican Boxing

The rising middleweight contender aims to enhance his country's legacy when he faces Juan Macias Montiel for the interim WBC 160-pound Title Saturday night on PBC on SHOWTIME.