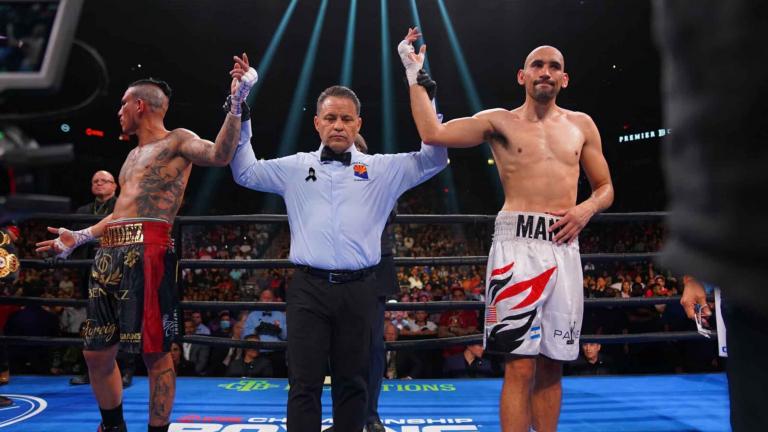 “I don’t know how I got a draw,” a disappointed Benavídez said over loud boos from a hometown crowd that so badly wanted to see Benavidez earn the win. “We can run it back. I beat him. I thought I beat him. He kept running. He didn’t want to stay in the pocket. I can’t do anything about the judges’ decisions. I felt good. He just kept holding. I beat him every round. What can I do?”

In Benavídez’s first action since dropping a 147-pound title showdown to Terence Crawford in October 2018, it was a battle of his power and body work versus Torres’ activity and accuracy. Benavídez spent a majority of the fight attempting to walk down Torres. He landed 64 body punches throughout the 10 rounds, but was susceptible to Torres’ counter-punching and accuracy to the head. Torres was the much busier fighter, throwing 612 punches to Benavídez’s 375. However, the final total landed punches were close with Torres landing 135 and Benavídez landing 122.

The 10th and final round was imperative to the fight’s outcome. Entering the round, Torres trailed on all three judges’ scorecards. He out-landed Benavídez 13-4 on 23 more punches thrown, winning the round on all three scorecards to turn the fight from a unanimous decision loss to a majority draw.

“You can hear from the crowd. I felt I won the fight,” said Argentina’s Torres. “As a visitor, I came here to his backyard and they still gave it a draw. Imagine if this would have been in Buenos Aires. I definitely want the rematch. Let’s see what my management team says but I definitely want it.”