“This was a comeback fight after two and a half years away,” said Clearwater, Florida’s Thurman. “I wish I had my best performance, but I did the best I could under the circumstances. “I grade this performance a C+ or B- for myself.”

In his first fight in over 30 months, the 33-year-old Thurman (30-1, 22 KOs) displayed the attributes that led him to the top of the 147-pound division. Thurman got off to a strong start and never relinquished control, at times punishing Barrios with hard shots.

Barrios (26-2, 17 KOs) had his moments in his welterweight debut, particularly in the eighth when a left hook to the body caused Thurman to back up. The 26-year-old slugger from San Antonio, Texas also showed grit, gamely fighting back despite Thurman’s heavy artillery.

"Tonight I showed the Mexican warrior in me. I take my hat off to Keith Thurman, he’s a warrior as well. We gave the fans a great fight,” said Barrios.

Nevertheless, it wasn’t enough to overcome what was a fine performance from the relentless Thurman.

“We rocked him. We weren’t able to put him down and out, but we had a great performance and a great fight,” said Thurman.

“I want the belts. I want the champions. I want to be back on top, so whoever is willing to send Keith Thurman the contract, let’s go!” 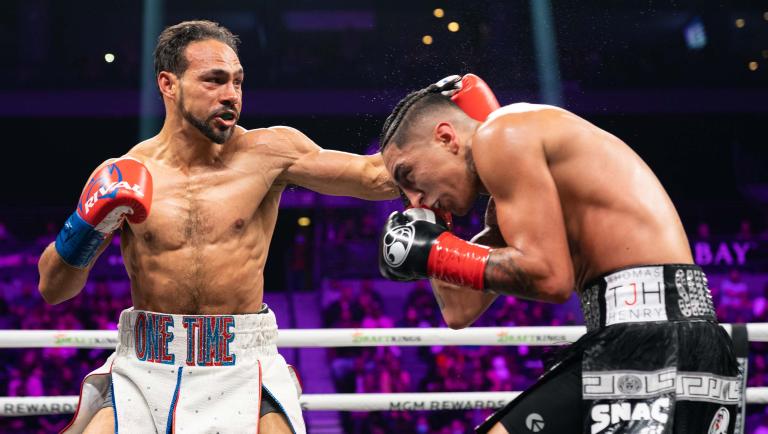