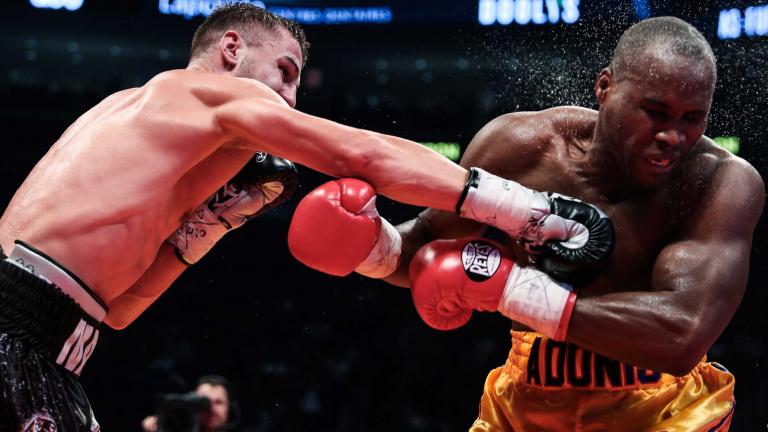 Gvozdyk (16-0, 13 KOs) used a powerful multi-punch combination in the penultimate round to put the back-and-forth bout out of question. The former Olympic bronze medalist and amateur teammate of fellow Ukrainians Vasyl Lomachenko and Oleksandr Usyk was impressive throughout the entire fight. He executed trainer Teddy Atlas’ game plan to perfection and was the busier of the two fighters. Stevenson (29-2-1, 24 KOs), who was making his 10th title defense, was able to land his signature left hand on several occasions, most notably in the tenth round, but never did enough to truly trouble his opponent.

“This win means everything to me. I’ve trained my whole life for this and tonight all of the hard work was worth it,” said Gvozdyk, who was the mandatory challenger for Stevenson. “Having Teddy [Atlas] in my corner was a huge help. He knew exactly what to say to me. We trained so well for this fight and I knew I was going to get the knockout.

“Adonis was a great champion but it’s my time now. He got me with a good shot in the 10th round but I handled it and finished him. Right now, I just want to rest before I discuss my next step. I definitely want to stay at 175 pounds.”

Boxing’s oldest and longest reigning champion promises to match the hunger of another determined challenger this Saturday on Showtime.