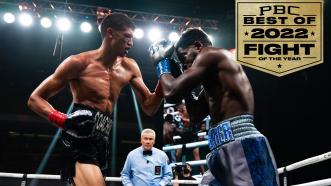 Fight of the Year: Erickson Lubin vs Sebastian Fundora | Best of PBC 2022

On April 9, 2022, Erickson Lubin and Sebastian Fundora faced off in a dramatic back-and-forth battle of wills. Lubin got off to a strong start but was dropped by a hard right uppercut in round two. Fundora continued his onslaught until Lubin caught a second wind, uncorking a short right hook that dazed Fundora and ultimately led to him taking a knee. Fundora recovered and poured it on in the eighth. Finally, in the ninth, with Lubin’s eyes swelling and blood coming from his mouth, Fundora put more pressure on him, landing power punches at an alarming rate. Fundora trainer Kevin Cunningham had seen enough, mercifully ending it when Lubin returned to the corner, and that's why Lubin vs Fundora is the PBC Fight of the Year for 2022. 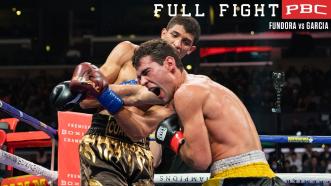 Sebastian “Towering Inferno” Fundora moved closer to a world title shot with a 12-round unanimous decision over the previously-unbeaten Sergio Garcia in a WBC Super Welterweight Title Eliminator. 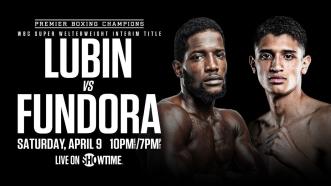 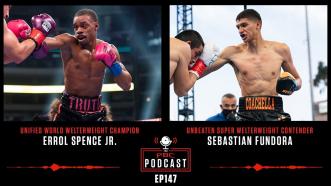 Undefeated, unified world welterweight champion Errol Spence Jr. and unbeaten super welterweight contender Sebastian Fundora are this week's guests on The PBC Podcast. Spence is looking to put on a masterful performance against fellow champ Yordenis Ugas when the two meet on April 16 on SHOWTIME PPV at AT&T Stadium in Arlington, Texas, while Fundora is laser-focused ahead of his showdown versus Erickson Lubin on April 9 in Las Vegas. Also, hosts Kenneth Bouhairie and Michael Rosenthal recap the PBC-SHOWTIME schedule and list their favorite fights. 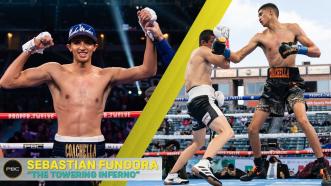 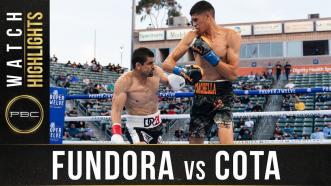 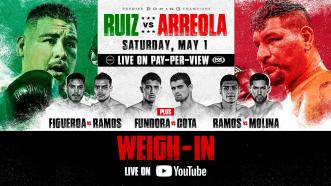 Ruiz vs Arreola Weigh in

Fighters take to the scales ahead of their matchups on May 1, 2021, live on FOX Sports PPV, headlined by a heavyweight throwdown between former unified world champion Andy "The Destroyer" Ruiz Jr. and veteran contender Chris "The Nightmare" Arreola.