Khan vs Algieri and Fortuna vs Vasquez highlights: May 29, 2015

Chris Algieri didn’t fight like the 10-1 underdog he was heading into his showdown with Amir Khan, acquitting himself well by pressing the action throughout the bout.

Nevertheless, Algieri could only land one punch at a time much of the night, as he was never able to pin Khan down and hit him with combinations.

For his part, Khan’s vaunted hand speed was on display, but in only places, such as in Round 10, when he blitzed Algieri with combinations.

In the end, it was enough for him to earn a victory by unanimous decision. 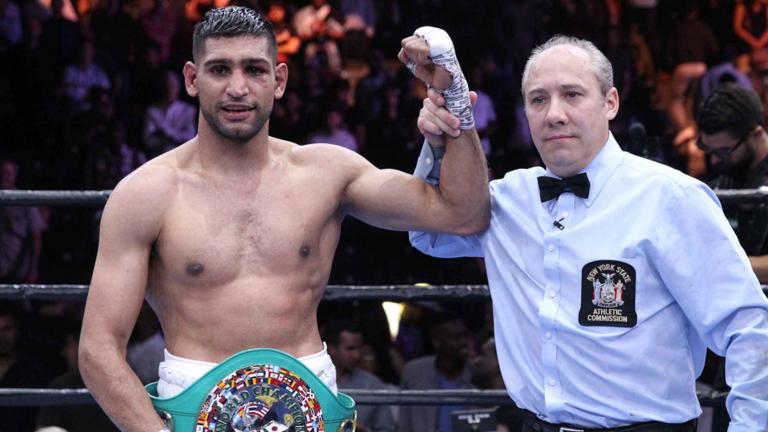 Presenting the 12 Rounds of Christmas: Round 8 (Amir Khan vs Chris Algieri)

It’s one of the basic tenets of boxing: A guy doesn't get knocked down a half-dozen times by an aging legend, then come back in his next bout and give a top contender all he can handle. Apparently, Chris Algieri was absent the day this theory was taught in Boxing 101.

With four rounds left and the fight still up for grabs, Amir Khan was implored by trainer Virgil Hunter to bring the heat to Chris Algieri.

The cut over Amir Khan’s left eye and the bruises beneath it were evidence of the power in Chris Algieri’s right hand.