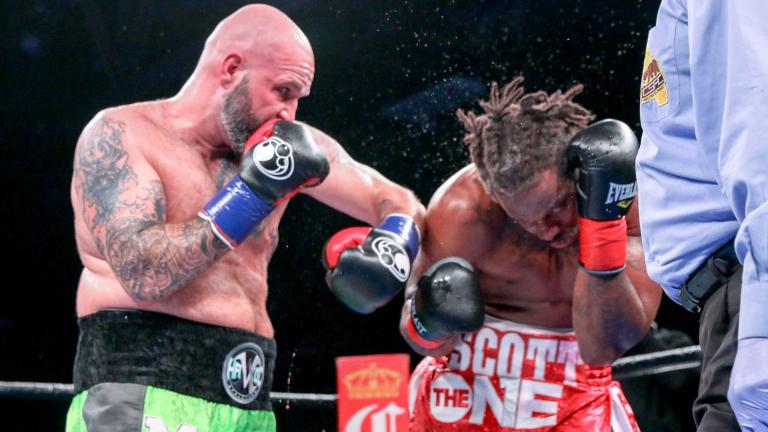 In a wild first round, it was Kauffman who struck first, landing an overhand right while Alexander was pinned against the ropes that sent his opponent to the canvas in the final minute of the round. As Kauffman sought the finishing blow, Alexander landed a perfect counter left hook in the final seconds of the round that sent Kauffman sprawled out on the canvas before he narrowly beat the count and returned to his corner to continue the fight.

After the first round, Kauffman and Alexander exchanged combinations across the remainder of the fight, with both men switching often and effectively to counter and land on each other. Alexander's speed and athleticism helped him control portions of the fight while Kauffman continued to press forward for 10 rounds attacking the body and looking to fight on the inside.

In the end, Kauffman narrowly took home the majority decision by scores of 95-95 and 96-94 twice.

"I knew it was a close fight, closer than what I thought," said Kauffman (32-2, 23 knockouts), after the fight. "I thought I had it by two rounds but I'm fighting a hometown kid and a very durable kid."