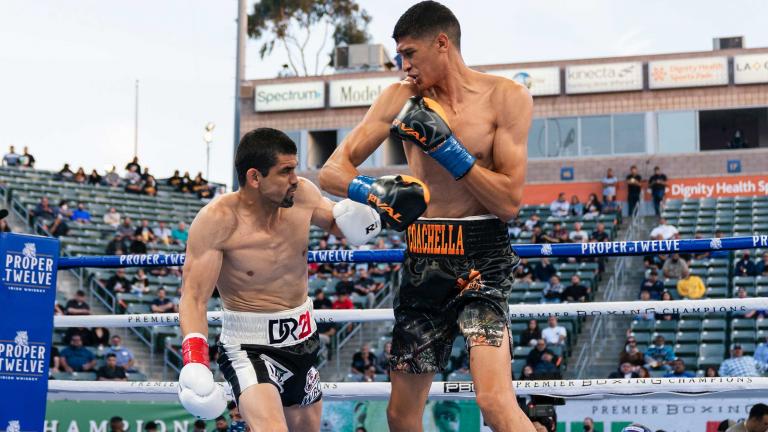 Fundora and Cota stood toe-to-toe from the opening bell, throwing big punches and marking up each other early. Fundora landed 29 and 28 power punches in the first two rounds, with Cota connecting on 15 and 17.

The fight was fought at close range for 90% of the action, with each fighter showing off impressive in-fighting skills. Fundora was able to up his work rate significantly in the third and fourth rounds, landing 42 punches in each, every single one a power shot.

The fourth round saw Fundora break through with a big shot that appeared to finally daze Cota. Fundora pushed forward aggressively to look to send Cota down, while Cota was still able to wing his own power shots despite his impaired state.

A final powerful left hook that Fundora landed finally prompted referee Ray Corona to stop the bout at 2:35 of the fourth round. Cota disagreed with the stoppage, while Fundora set his sights on future big fights in the 154-pound division.