A monster left-right hand combination from Cruz sent Gamboa careening into the ropes, causing the referee to wave the bout off at 1:32 of the round of the scheduled 10-round lightweight bout. Cruz threw 36 power punches per round landing an average of 11 per round.

“I’m here to defeat and dethrone anyone that gets in my way while putting on a show for the fans,” Cruz said. “I wanted to send a clear message to the division that I’m here to be a world champion no matter what. Mexico, just wait until we arrive. We have something special planned for you when we come back to celebrate.”

Cruz (23-2-1, 16 knockouts) hurt Gamboa with a big left hook early in the first round. Gamboa stumbled back against the ropes, his balance off, legs wobbly and held on to survive the remainder of the round.

Cruz dropped Gamboa (30-5, 18 knockouts) with a right-left combo with seconds left in the second round that buckled Gamboa’s legs and caused him to touch the canvas.

Cruz jumped him to start the third, knocking him down again seconds into the frame with a left hook. But again, Gamboa danced his way out of trouble again to make it to the fourth. In the fourth, Cruz dropped Gamboa again with a left hand toward the end of the round. 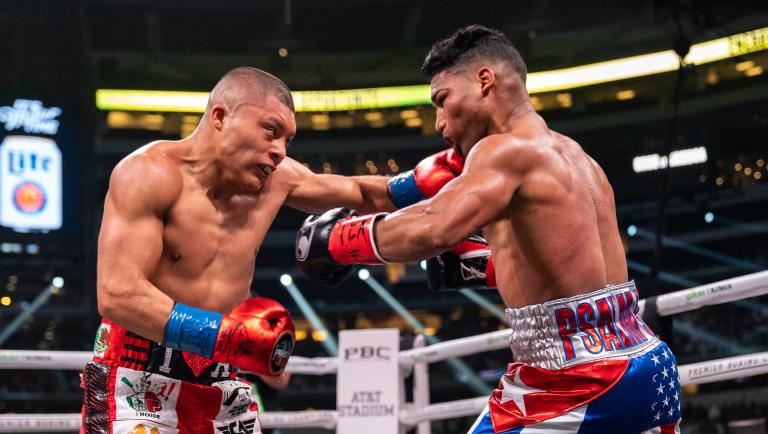