Bute returned from a long layoff and made quick work of the Italian contender with a fourth-round TKO.

Coming off a 19-month layoff due in part to a back injury, Lucian Bute displayed little signs of ring rust as he plastered Andrea Di Luisa in a fourth-round technical knockout.

Di Luisa, fighting out of his native Italy for the first time, had no answer for Bute’s ceaseless movement and much more accurate punching (Bute landed at a 41 percent connect rate while Di Luisa found home but 17 percent of the time).

In Round 3, Bute nailed Di Luisa with a series of hard left uppercuts before dropping him in Round 4 with a hard left, eventually leading Di Luisa’s corner to throw in the towel shortly thereafter.

“I’m back!” Bute bellowed with his opponent on the canvas. 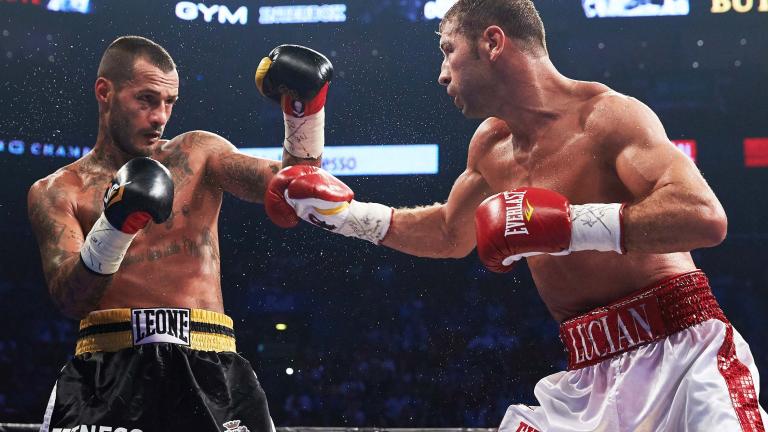 Lucian Bute nailed Di Luisa with a series of hard left uppercuts before dropping him in Round 4 with a hard left. (Suzanne Teresa / Premier Boxing Champions)