Former two-division world champion Devon Alexander scored a second-round knockdown on his way to a UD (100-89 X 2, 96-93) victory in his first fight back in more than two years.

Former two-division world champion Devon Alexander scored a second-round knockdown on his way to a UD victory in his first fight back in over two years. 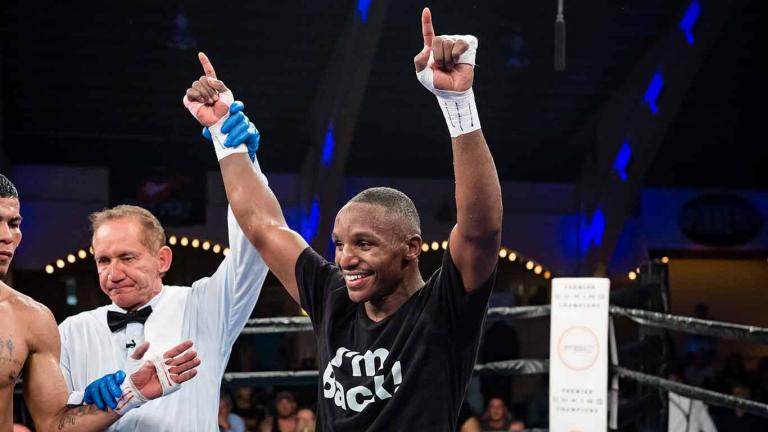 Returning to the ring for the first time in two years, Devon Alexander was sharp from the outset, using the skills that made him a two-division world champion to befuddle Nicaraguan slugger Walter Castillo. Alexander's jab found its' range from the beginning and he slowly began to work in straight left hands that he would land frequently to maintain control of the action.

In round two, Alexander scored a highlight-reel knockdown of Castillo as he landed a powerful pair of straight left hands sandwiched around a right uppercut. Castillo continued to try to walk Alexander down and stayed persistent in throwing power punches as much as he could over the course of the fight.

But Alexander proved to be too sharp throughout the welterweight affair, consistently avoiding Castillo's big punches and delivering his own varied and effective attack. After 10 rounds, Alexander was officially back in the win column with a unanimous decision by scores of 100-89 twice and 96-93