Heavyweight contender Gerald Washington served in the Navy and played college football before making his pro boxing debut at the age of 30. Read Bio 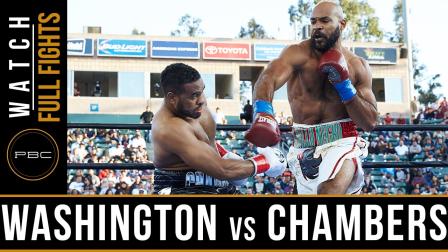 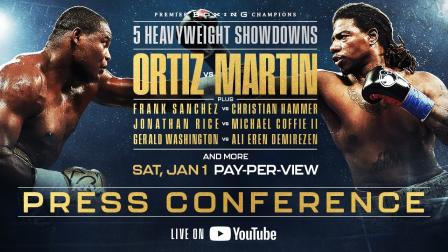 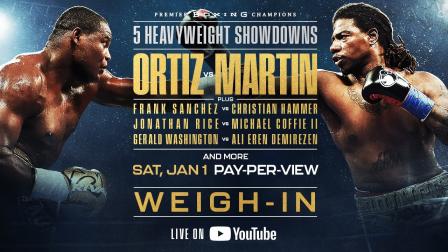 This Week on The PBC Podcast: Gerald Washington

The heavyweight contender shares how he's been affected by COVID-19, the country's current climate and, of course, boxing.

The “Gypsy King” reigns once more, dropping Wilder twice on his way to a TKO win to become the new heavyweight champion Saturday night in an epic pay-per-view.

Heavyweight contender Gerald Washington served in the Navy and played college football before making his pro boxing debut at the age of 30. Washington has scored some big wins over respected names as he aims to win a world title.

Gerald Washington’s backstory is as interesting as any in boxing. The product of an African-American father and a Mexican-American mother, Washington grew up in Northern California.

Heading south to Mexico when he was 13, Washington spent three months attending school, working the farm on a ranch by taking care of animals, and receiving “a lot of love and a really good grip on my people and my culture.”

The 6-foot-6 Washington returned to the U.S. and graduated from high school, then served in the Navy as a helicopter mechanic from 2000-2004. After completing his military service, Washington enrolled at Chaffey Junior College in Southern California and joined the football team.

Despite playing just one year of football in high school, Washington performed well enough to earn Junior College All-America honors as a sophomore. He then transferred in 2006 to the University of Southern California, where he lined up at tight end and defensive end.

Although injuries limited his playing time at USC, Washington got a brief look in the NFL, serving on the practice squads of the Seattle Seahawks and Buffalo Bills. When his football career fizzled, Washington turned his focus to boxing.

After just 14 amateur bouts, Washington made his pro debut with a first-round knockout of Blue DeLong in July 2012, three months after his 30th birthday.

“Having only had a handful of amateur fights, turning pro was like being a first-time driver when every moment of a fight comes down to making a decision,” said Washington.

“Your hands are on the wheel, and to get from point A to point B, you’ve got to change speeds, make turns and change lanes.”

FROM THE GRIDIRON TO THE SQUARED CIRCLE

While some might look at the violent nature inherent to both football and boxing and assume the experiences are similar, Washington said that’s not the case at all.

“The cool part about football is you’re part of an army. In the tunnel you’re swaying back and forth, saying, ‘It’s war time, let’s take it outside,’” said Washington, who has served as a youth boxing trainer and mentor in Los Angeles.

“But it’s different in boxing. When that bell rings, you’re going to war by yourself. I’m a California guy, and there’s a lot of Mexican-American people here who are very excited when it comes to boxing. I’ll be taking two cultures into the ring with me on fight night, and I’ll proudly represent both.”

Washington won six of his next nine fights by knockout before battling to a draw with southpaw Amir Mansour, who entered their October 2015 fight at 22-1, with 16 KOs.

Washington may have only gotten a draw, but the experienced gained by fighting Mansour was invaluable.

Through two consecutive knockout losses in 2017, Washington saw action against a world champion and an unbeaten 300-pound contender.

Washington was 18-0-1 with 12 knockouts when he suffered a fifth-round TKO loss WBC champion Deontay Wilder in February of that year. That July, he lost to Jarrell Miller by eighth-round stoppage.

“I’ve faced a world champion and one of the division’s hardest punchers,” said Washington, who nevertheless out-boxed Wilder early on and even led on two of the three official scorecards after four rounds.

Washington prepared for Wilder by sparring with 2012 Olympian and former world title challenger Dominic Breazeale. He also served as a sparring partner for former heavyweight champion Wladimir Klitschko as the former prepared for Miller.

The collective experience of being in with Wilder, Miller, Breazeale and Klitschko benefitted “El Gallo Negro” (The Black Rooster). In June 2018, he won a solid unanimous decision (98-91, 97-92 twice) over 6-foot-6 John Wesley Nofire, who entered their bout at 20-1 (16 KOs).

THE UPS AND DOWNS OF BOXING

The winner would take a huge step toward a world title shot. Unfortunately, Washington came up short again, suffering a second-round TKO loss.

Nevertheless, Washington continued to take on tough opposition. On July 13, 2020, he faced “The Nordic Nightmare,” Robert Helenius, at Minneapolis Armory in Minnesota. It was a spirited fight from the opening bell but Washington was simply at his best, knocking Helenius out with a series of right hands in the eighth round.

The victory set up a bout versus former world champion Charles Martin on February 22, 2020 at MGM Grand in Las Vegas, Nevada. The bout served as the chief support for the Deontay Wilder vs. Tyson Fury rematch.

Washington and Martin fought on even terms for much of the bout until a Martin left put Washington away in the sixth round. Washington would suffer a second consecutive loss on January 1, 2022, when he was stopped in eight rounds by Ali Eren Demirezen in a FOX Sports pay-per-view from the Seminole Hard Rock Hotel and Casino in Hollywood, Florida.