Former 122-pound world champion Angelo Leo is one of the most exciting fighters in the sport, utilizing an educated, high-pressure attack to wear down foes. Read Bio 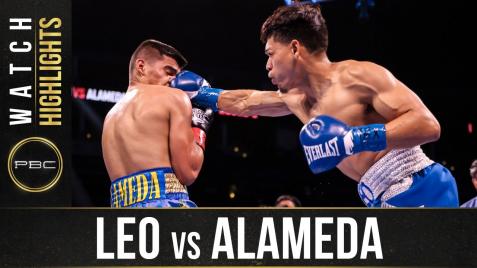 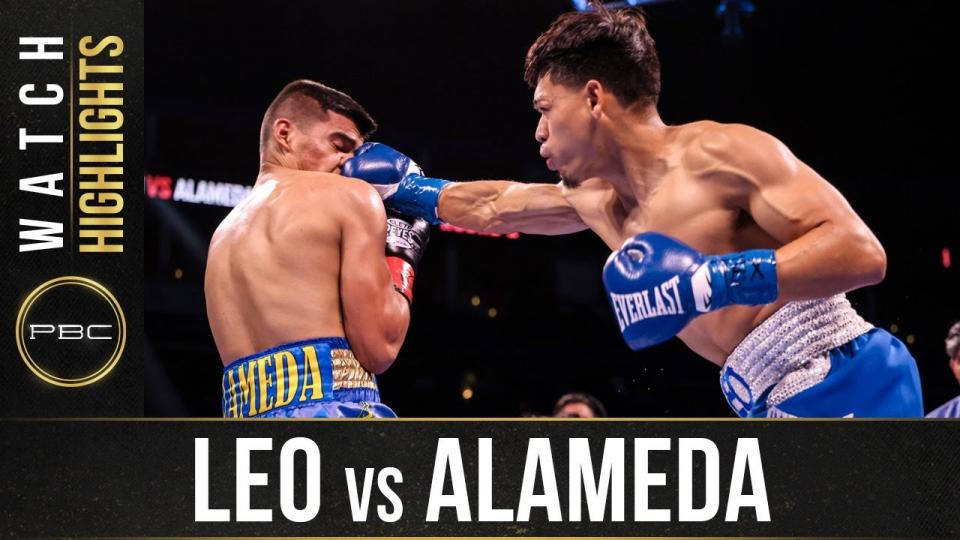 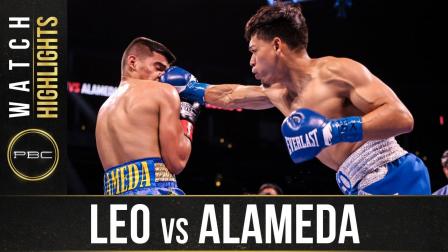 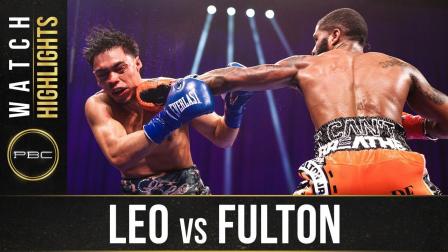 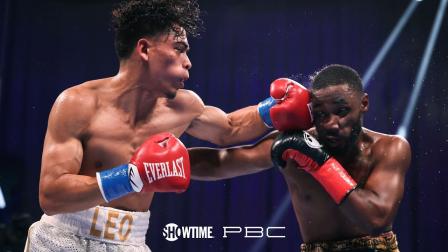 Angelo Leo has made a name for himself as one of the best fighters out of the Mayweather Boxing Club in Las Vegas. The former WBO World 122-pound champion is also one of the most exciting fighters in the sport, utilizing an educated, high-pressure attack to wear down foes.

From Calamity To Serenity

Angelo Leo was born in Albuquerque, New Mexico. His mother struggled with alcohol and drug addiction, which led to his father, Miguel, gaining full custody and searching for activities such as soccer and karate to occupy his son.

The Leo’s, meanwhile, were basically homeless, for a time living in an RV with “no electricity, no plumbing, no nothing,” Angelo told the Albuquerque Journal. The Leo’s later ventured to Las Vegas, where they slept in a car in department store parking lots.

Through boxing, however, father and son transformed calamity into serenity.

“It was a tough beginning, man, but I remember the magazines,” Leo told RBRBoxing. “Then my father would let me watch old fights with him. Soon after I was in my first amateur fight.”

A 9-year-old Leo debuted as an amateur in 2003, his 65-10 career including three regional silver gloves titles, five state silver glove crowns, and championships in the junior golden gloves, desert showdown and state golden gloves before advancing to the nationals.

“El Chinito” was 18 in November 2012 when he debuted professionally with a four-round unanimous decision over Jesus Xavier Pacheco Perardua. In January and September 2013, Leo added four-round unanimous and majority decisions over previously unbeaten Julio Gomez and Brian Garcia.

Leo went 4-0 (2 KOs) over the course of 2014 and 2015, the former comprising a 48-second knockout of Michael James Herrera in January and May’s third-round TKO of James Piar, who entered at 3-1 (2 KOs) and was stopped for the first time.

Leo rose to 7-0 (3 KOs) in 2015 following victories by second-round TKO over Gabriel Braxton in May and six-round unanimous decision over Stephon McIntyre in August.

“There weren’t many places to grow in New Mexico, but my Dad was always trying to get me fights,” said Leo, who was managed by his father. “Sometimes we had to dish out money to even get on a card. I wasn’t getting paid a lot of times.”

Positions on fight cards were still scarce in March, May and August 2016, when Leo’s three straight knockouts comprised those in the fourth, second and third rounds over Jesus Reyes, Ivan Chavela Resendiz and Jorge Luis Falcon.

Leo was 10-0 (6 KOs) in 2017 when he and Miguel moved to Las Vegas and, in March, began training at Floyd Mayweather’s Gym. Signed by Mayweather on November 17, Leo scored a fourth-round knockout of Dominican Basile Nieves on November 18.

“Words can’t describe what I felt,” said Leo, who dropped Nieves to 15-5 (3 KOs). “So many doors closed on us and here comes Floyd opening the door for me.”

Winning The Title: ‘Truly A Blessing’

Leo’s one-sided unanimous decision over Williams made him the first champion from Albuquerque since Tapia 18 years prior.

“My father Miguel has been instrumental in keeping me grounded,” said Leo. “My experiences with Floyd really put me in a great position. It’s truly a blessing.”

But Leo lost the crown in January 2021 by unanimous decision to the crafty Fulton (19-0). Their action-packed, toe-to-toe affair included a first-round, accidental clash of heads which opened a cut over Leo’s left eye.

But Leo rebounded, improving to 21-1 (9 KOs) with June’s majority decision victory over Mexican southpaw Aaron Alameda, who entered at 25-1 (13 KOs).

“Taking my first loss was a tough pill to swallow,” Leo told the Las Vegas Review-Journal. “But you gotta keep looking forward to the future, and that’s becoming a world champion once again.”